Become a CASA Volunteer and make a difference in a child's life!

Valerie Clark is our newest Superstar!

Valerie grew up in Southern California but has lived in Indiana for the past 17 years.  She has an Associate's Degree in Early Childhood Education and graduated from Saint Mary-of-the-Woods College with a Bachelor's Degree in Elementary Education and Special Education.  Valerie is mom to a daughter and two sons.

Valerie is currently teaching 2nd grade in the Clay Community School Corporation at East Side Elementary.  She is very involved in school activities, including tutoring and drama club.  Recently, she became involved in the Community Theatre of Clay County and will be acting in their next production!  In her "free time", she enjoys traveling with her family, hiking and spending time with her friends.

Valerie has been a CASA volunteer for about one year.  When choosing to become a CASA,  she felt the ability to advocate for even one child could make a world of difference for that child. Valerie is guided in her work as a CASA, her career aspirations and her role as a mother by the quote, " Children are not a distraction from more important work.  They are the most important work."

If you are aware or suspect that a child is being abused or neglected, please call the Indiana Child Abuse and Neglect Hotline at 1-800-800-5556 to make a confidential report.  Reports can be made anonymously.  It is available 24/7.  Click here for more information. 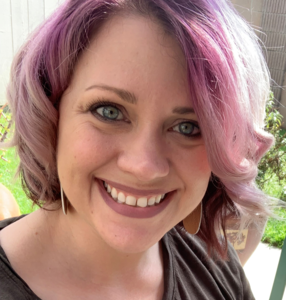